A quick snapshot of the UN’s work in Somalia in the month of August, 2022.

In the wake of the Al-Shabaab attack on the Hayat Hotel in Mogadishu, the UN family in Somalia strongly condemned the event and extended its condolences to the victims’ families.

On the International Day of Remembrance and Tribute to the Victims of Terrorism, which fell on the day after the attack’s end, the UN in Somalia honoured the many Somalis who have been affected by such violence and urged that they and their families be provided both immediate and longer-term support.

“The United Nations stands in solidarity with all Somali victims and survivors of terrorism as they heal from their trauma, along with their families and communities,” said the UN Secretary-General’s Special Representative for Somalia, James Swan. “Somalia has made commendable progress on its path to peace and stability, and amid that progress, the voices of survivors must be heard and acknowledged, and their rights upheld – the past weekend's terrorist violence in Mogadishu is a stark reminder of just how vital this is.” 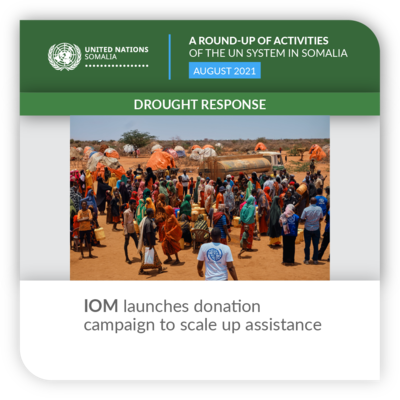 To mitigate the devastating effects of the drought in Somalia and as part of resource mobilization efforts to address the needs of over one million people displaced, IOM launched an online donation page to help mobilize resources for life-saving operations.

Each contribution will be used to provide basic services to the most vulnerable populations affected. These services include water, sanitation, shelter, health and nutrition.

Following four consecutive failed rainy seasons, Somalia is facing one of its worst droughts in decades, leading to mass displacement, widespread death of livestock and a deepening food crisis. 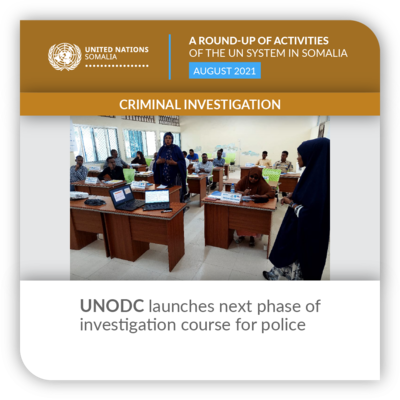 UNODC launched the second phase of its Investigator Development Pathway course for the Somali Police Force. The new five-week course covers topics such as investigation planning, crime scene examination, and gender-based violence investigation. By November, 96 officers from across Somalia will have been trained in this field at the General Kahiye Police Academy in Mogadishu.

Through its US-funded Criminal Investigation Program, UNODC has been enhancing the knowledge, skills and capacities of police officers in Somalia to investigate major and complex crimes. Since June 2021, the UN agency has trained 346 police officers and 23 prosecutors, including 63 women, in line with one component of its mandate: ‘Investing in People’ through training and mentoring. 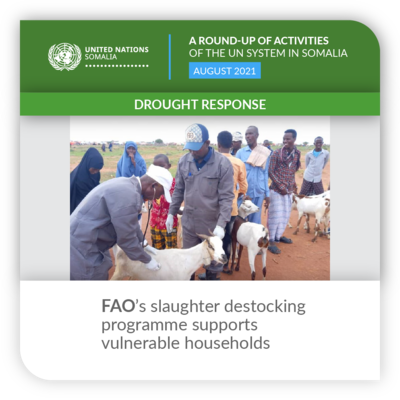 In a bid to support vulnerable households affected by the ongoing drought in Somalia, FAO carried out a slaughter destocking programme in Kismayo as part of the Eid-al-Adha celebration.

The activity, which was the first of its kind, aimed to increase immediate access to food, reduce the loss of livestock due to the severe scarcity of pasture and water, and inject cash to support livestock trade activities among pastoralists.

The activity reached 300 households in Buulagudud and Luglow, located on the outskirts of Kismayo and each received cash in exchange for 300 male animals that were slaughtered and distributed to another 300 vulnerable families. The intervention is expected to help protect the livelihoods of rural families who are severely affected by the ongoing drought. 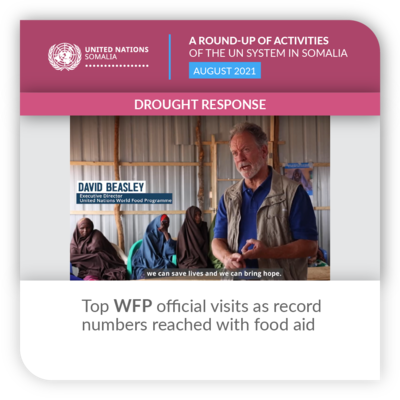 WFP scaled up its humanitarian response to unprecedented levels in the race against time to avert famine in Somalia. From the start of July, the organization has been delivering life-saving food and nutrition to 4.1 million people, the largest number ever reached by WFP in the Horn of Africa country.

Amid this massively-increased WFP response and the concurrent activation of UN system-wide scale-up protocols, WFP Executive Director David Beasley visited Somalia, travelling deep into areas hardest hit by the drought. He saw first-hand the impact of the worsening crisis, and delivered a strong message to the international community: that the need for more support was critically urgent to prevent a humanitarian catastrophe that could cost hundreds of thousands of lives. 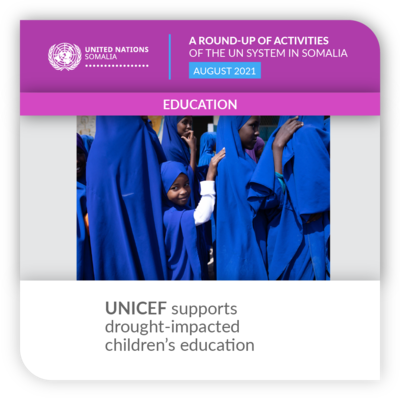 UNICEF is working to get Somali children educated amid the country’s worsening drought as while schools are opening back up after the summer break, some children are having a hard time making their way to the classroom.

The drought has affected an estimated 2.4 million school-aged children. When families are forced to leave their homes in search of food and water, their children's education is disrupted. Children on the move are more likely to miss out on school than those who are not displaced, and the longer they are out of school, the higher the chances are they will not go back.

In Somalia, around 1.4 million children who were enrolled in the academic school year of 2021-2022 are at risk of not returning to class. UNICEF is working to get children educated through social mobilization activities to raise awareness about the importance of education, especially for girls, and through Community Education Committees - formed by the community to work with the ministry and schools in education. 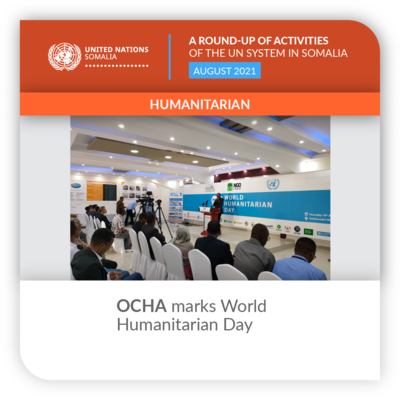 OCHA marked the 2022 World Humanitarian Day (WHD) under the theme ‘#ItTakesAVillage,’ with the aim of spotlighting the thousands of volunteers, professionals and crisis-affected people who deliver urgent health care, shelter, food, protection, water and much more. 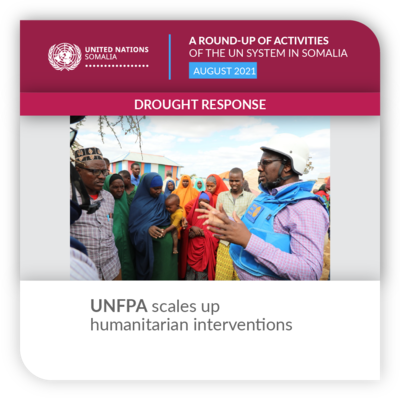 UNFPA teams visited camps for internally displaced people in Kabasa, Dollow and Baidoa - the first two located in Jubaland, and the third located in South West State - to directly interact with the community members and understand how their lives are being impacted by the drought currently gripping Somalia.

In view of the humanitarian needs they found, UNFPA scaled up the provision of life-saving services for sexual and reproductive health, addressing gender-based violence, and called for increased international support. 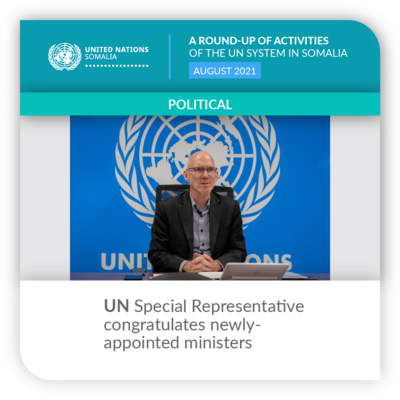 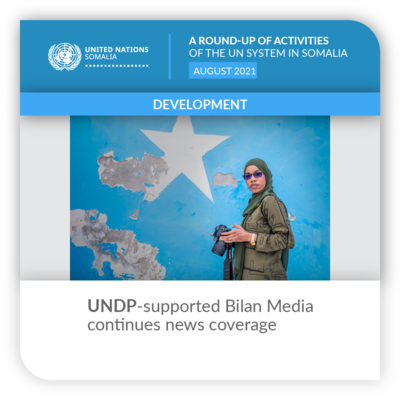 Funded and supported by UNDP, Bilan is Somalia’s first media outlet which is staffed and run entirely by women with full editorial independence.

Throughout August it continued with coverage of hard news and production of in-depth features, holding leaders to account and making sure women’s stories and voices.

Bilan is hosted by Dalsan Media Group from its offices in Mogadishu.