Galkayo – On a visit to the city of Galkayo in northern Somalia today, top United Nations humanitarian officials heard first-hand of the dire conditions that local communities of Internally Displaced Persons (IDPs) are enduring amid the severe drought affecting the country – with the visit also providing extra motivation to do more to help those in need as the risk of famine in Somalia grows.

“It gave me the firsthand testimony that I need to provide to our donors and to let them know that it is not a fictional thing to talk about the 1.4 million malnourished children – 330,000 of whom are at risk of dying by the end of this summer if we don't step up our engagement and provide them with the support they need,” the Humanitarian Coordinator for Somalia, Adam Abdelmoula, said after visiting two IDP camps in the city’s north. 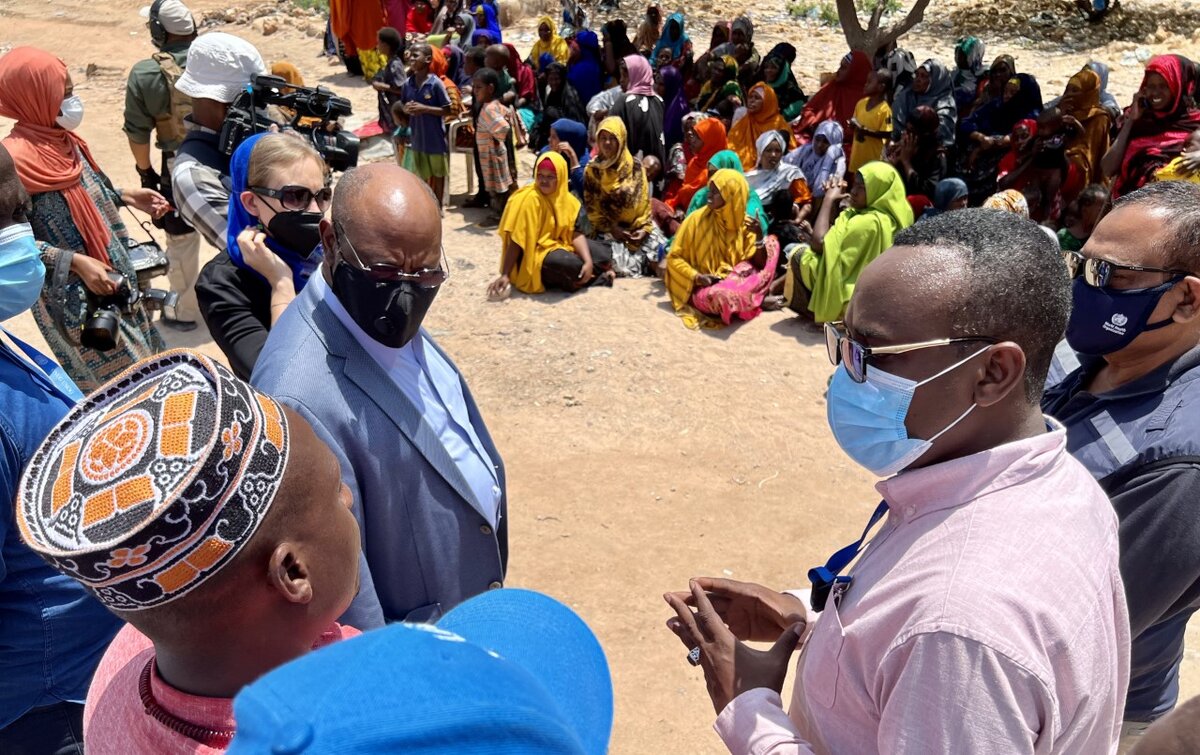 In Galkayo, Mr. Abdelmoula visit the Buula-Baclly and Salama IDP settlements, both of which are receiving support from UN humanitarian agencies in the areas of water and sanitation, and shelter and protection.

While visiting the IDP camps, the visiting delegation spoke with UN staff on the ground working with local authorities to support assistance efforts, and interacted with camp residents. The interaction was moving. 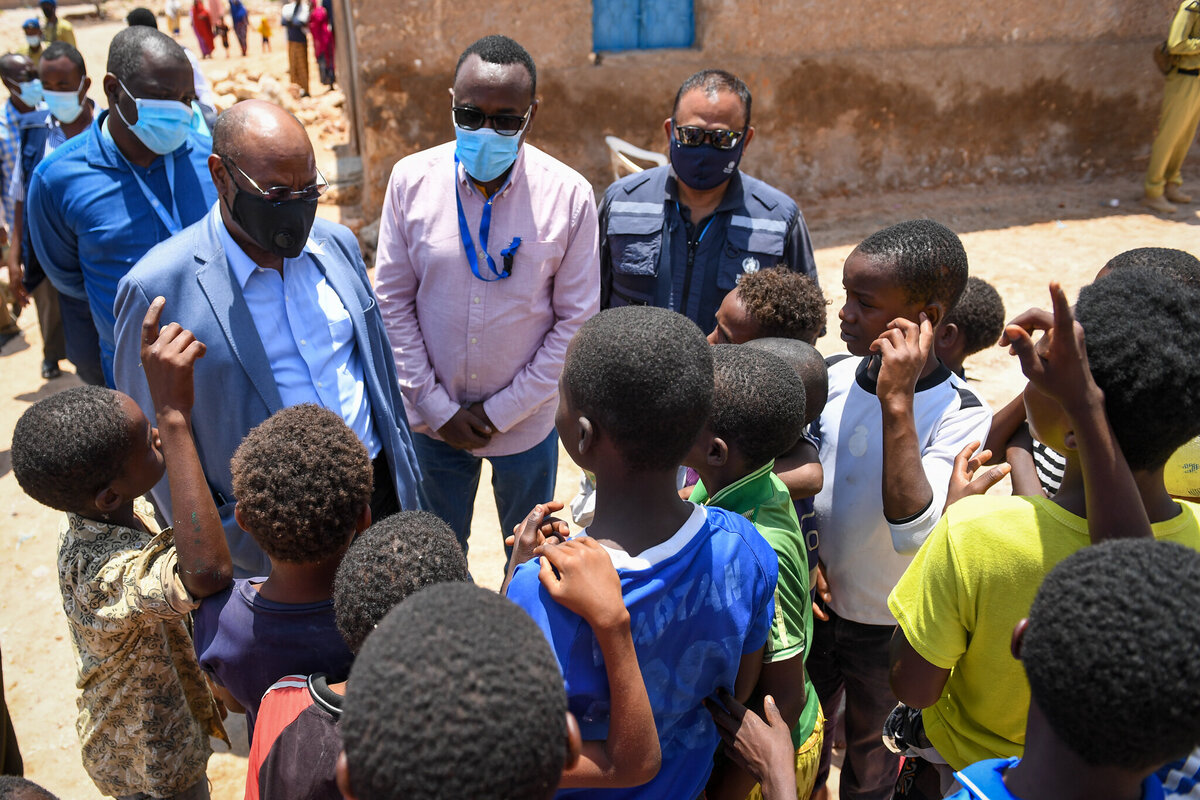 “It is really heart-wrenching, especially seeing that there are so many children in these IDP camps. I asked them, how many of you go to school? First of all, it turned out that none of the girls are going to school in these two camps that I visited. And among the boys, less than 50 per cent are attending school,” said Mr. Abdelmoula, who also serves as the UN Secretary-General’s Deputy Special Representative to Somalia and UN Resident Coordinator.

“This is just devastating,” he added, “and we should redouble our effort to bring this to the attention of the international community and those who could afford to assist. We should also leave no stone unturned in order to help these communities that are hurting so enormously.” 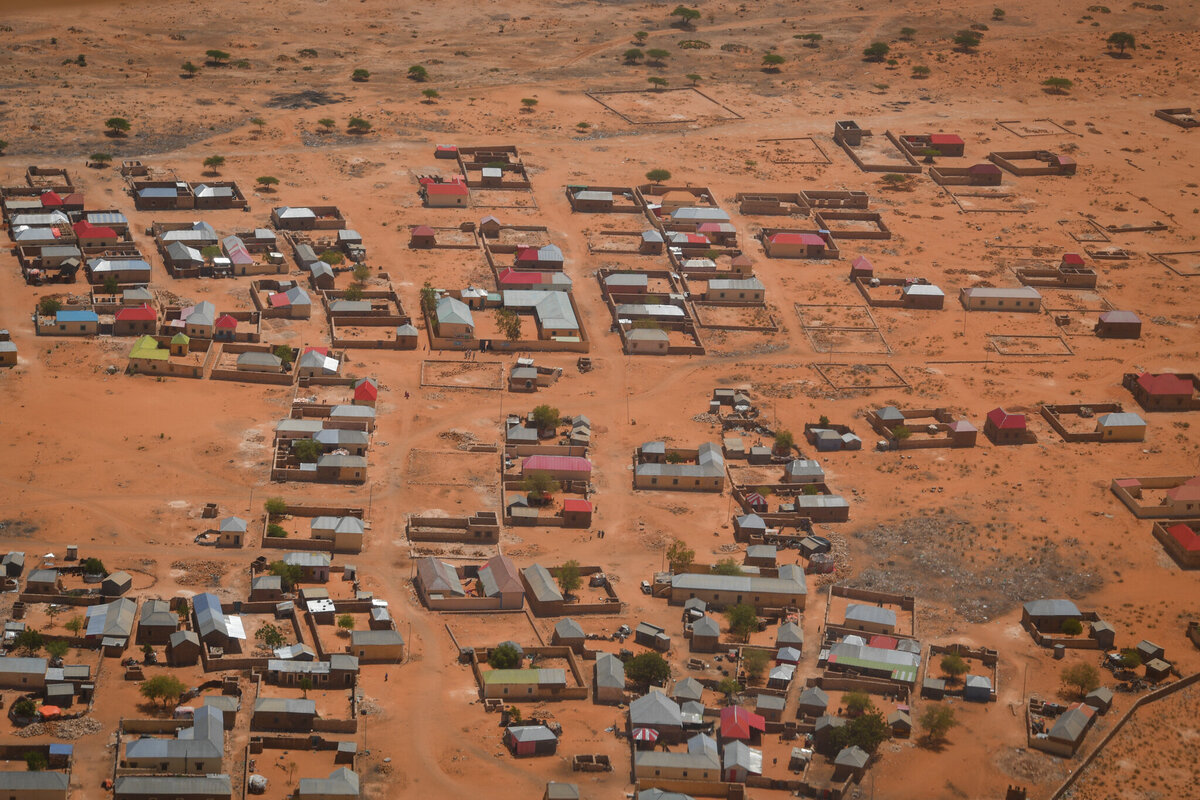 The UN delegation also took note of the breakdown of IDPs in North Galkayo into three distinct categories: those who have been at some of these sites for decades, new arrivals from inside Somalia, and a third group made of people displaced by the conflict in neighbouring Ethiopia. While host communities have been welcoming and are supporting as best as they can, the new arrivals have been causing extra pressures locally.

“Most of the new arrivals sought refuge with families that have already been displaced before and have received some assistance from the international community, thereby stretching the already-thin resources that were available to the host communities. So, these are IDPs hosting IDPs, and that led to a severe stretch in the services available in these sites – something that we need to urgently address,” Mr. Abdelmoula said.

In December last year, the United Nations launched its Humanitarian Response Plan for Somalia, for which it seeks close to $1.5 billion to assist 5.5 million of the most vulnerable people in Somalia.

So far, it has received just 3.8 per cent of the target amount. Despite this, the United Nations in Somalia was able to reach two million people in need of humanitarian assistance in March through innovative approaches to the distribution of and access to resources. 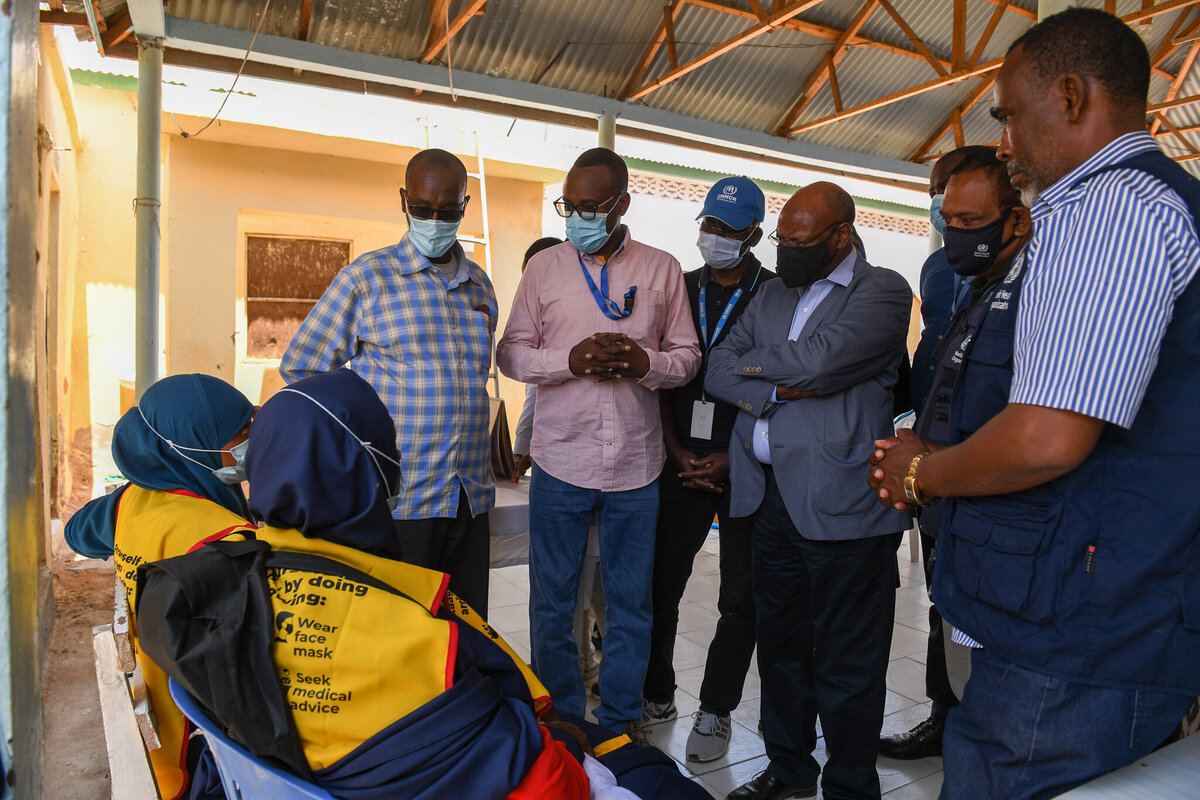 “But that is far, far less than our ambition,” Mr. Abdelmoula noted. “Around 4.9 million people are affected by this wave of severe drought, and it is expected to get worse between now and the end of June.”

According to the latest drought situation report from OCHA, Somalia’s drought emergency has deteriorated to a point where the country is facing the risk of famine.

Humanitarian agencies, authorities and local communities are ramping up responses and reprogramming activities to address the impact of the drought, OCHA noted, adding that the levels of need are rapidly rising, surpassing available capacities and resources. 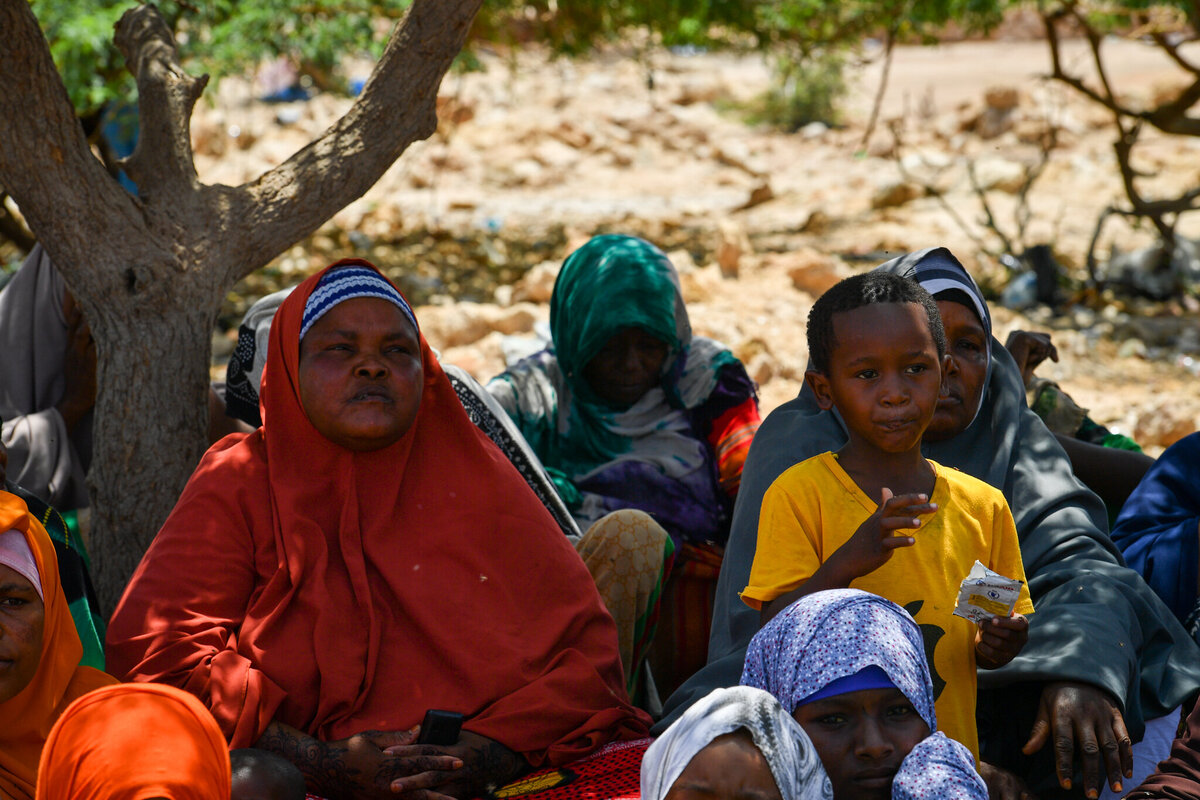 The escalating emergency calls for sustained scaling up of response and flexibility in reprogramming, especially given that weather forecasts are predicting an average to below-average rainy season this month. More than 80 per cent of the country has remained generally dry, and water and staple food prices have experienced dramatic price hikes.

In addition, current levels of food and water assistance are quickly being outpaced by the rapid increase in the size of the food insecure population, widening of household food consumption gaps, loss of livelihood assets, and worsening acute malnutrition levels.