UNMAS lead on effoprts to coordinate humanitarian mine action activities in Somalia.

Dhabad and Galdogob – Out of fear, the people of Dhabad and Galdogob, in northern Somalia, barely ventured out to the fields near their homes. The risks were too great and well-known to locals: walking in those areas was lethal, with at least a dozen people and animals said to have been killed or seriously injured by explosive hazards scattered around their villages since the 1990s. In addition, livelihoods were impacted.

“Many cars and camels were destroyed due to landmines and people could not farm,” says the Mayor of the Galdogob district, Abdighafar Ibrahim Ahmed.

The situation changed over recent years – today, local residents can leave their homes, walk safely, and resume normal-life activities in cleared sites. This is thanks to a project funded by the European Union (EU) and implemented by the United Nations Mine Action Service (UNMAS) with support from the HALO Trust, titled ‘Community-based mine action as a means to promote peace and stability in Somalia.’

“This [demining] work is essential and needs to be expanded,” says Mayor Ahmed.

The situation in Dhabad and Galdogob is not an uncommon one around the country, nor are the hopes of the latter’s mayor.

After three decades of armed conflict, explosive remnants of war and landmines are scattered throughout Somalia and to deadly effect, with an estimated 1,740 Somalis having been killed or injured because of them. Since 2007, UNMAS has been working in Somalia to reduce the threat posed by explosive ordnance on civilians – rockets, small army ammunition, projectiles, hand grenades, missiles – and raise awareness of the risk these pose.

Until 2020, UNMAS’ work was limited to Jubaland, South West State, Hirshabelle and parts of Galmudug. But, after receiving victim reports and requests for support by the local authorities in Dhabad and Galdogob – two districts in the Federal Member States of Galmudug and Puntland – UNMAS sent a team to assess the situation. 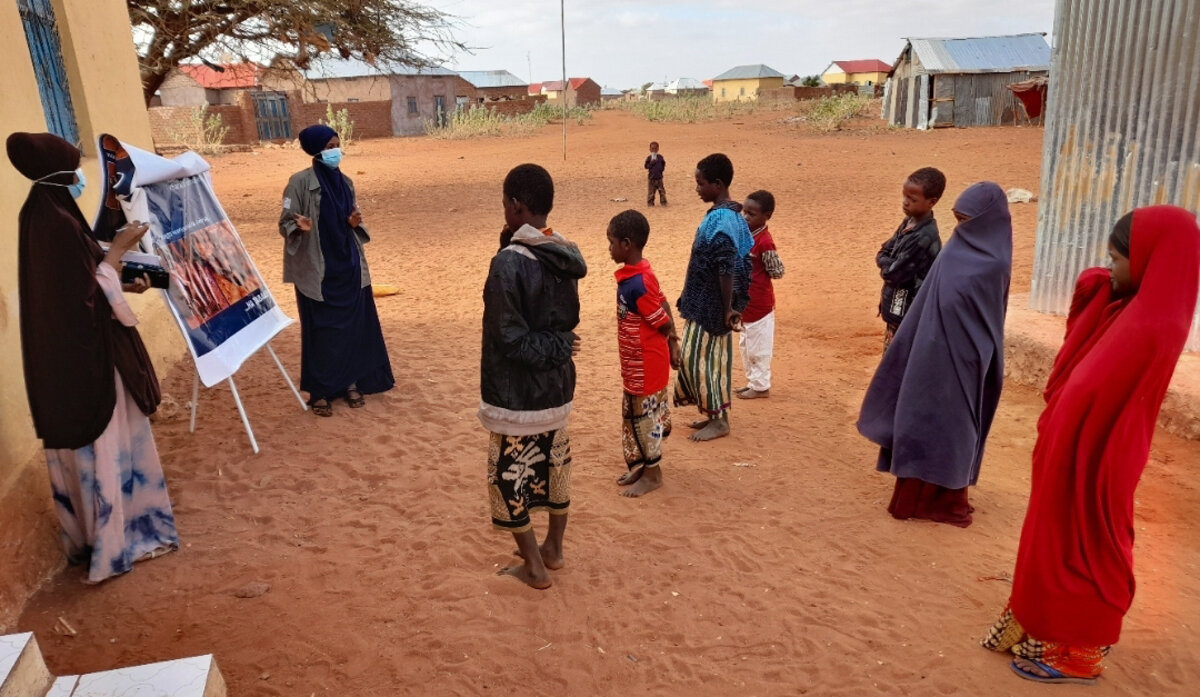 “We checked for levels of contamination, casualties and the overall impact on the community. The evidence was clear: there were areas contaminated with anti-tank and anti-personnel mines reported by the communities in both locations,” says an UNMAS project manager dealing with humanitarian explosive management. “We decided to immediately mobilize clearance teams from the local communities, with a deliberate focus on young people.”

While the initial goal was more modest, by the end of the project UNMAS had hired 115 members of these communities to conduct demining activities, 70 per cent of whom were under the age of 30. The new recruits were put into teams and provided with training on demining technical skills and equipped to address the explosive ordnance. Hiring youth and women from the affected communities was a key component of the project, as it would allow for the income generated by deminers to trickle down to, ultimately, benefit the local communities.

“My mother is much happier now that I have joined this project with HALO,” says the senior section commander for the community-based demining teams, Ramla. “I will work to keep her happy, support my siblings, and pay school fees for my son.” 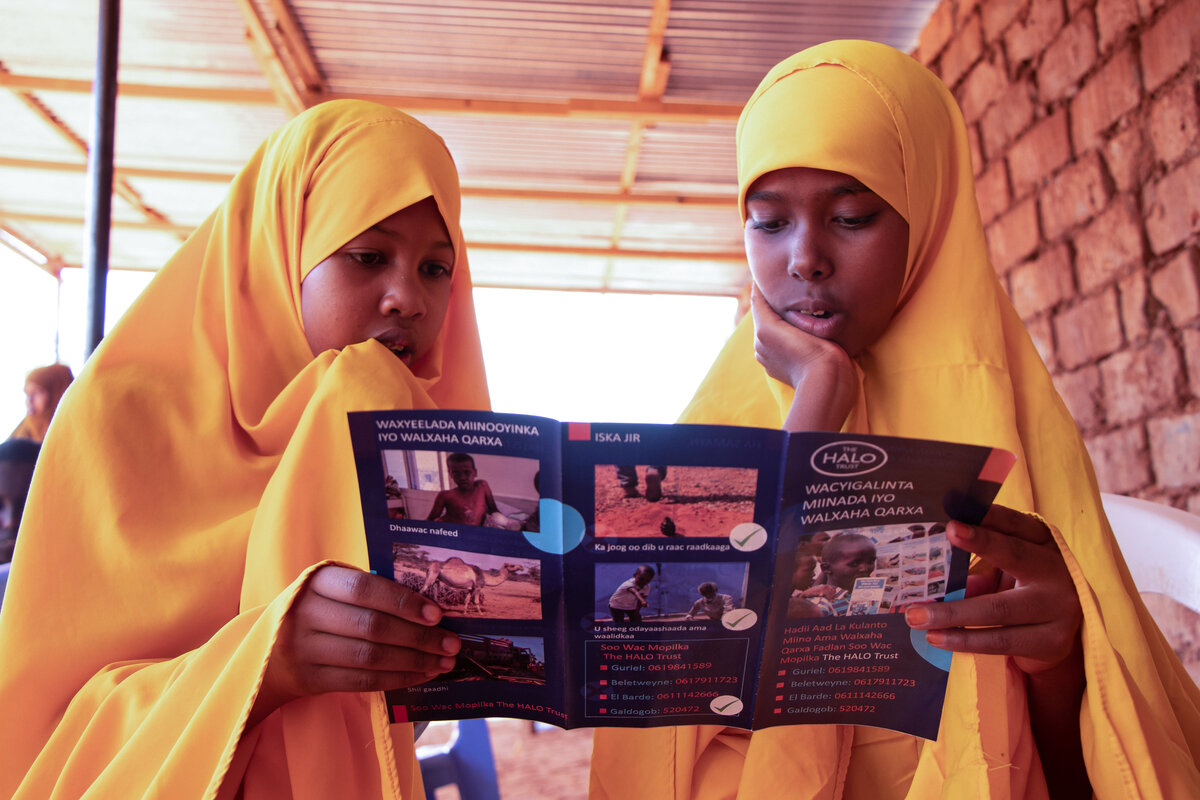 In parallel, UNMAS also enhanced the capacity of the Somalia Explosive Management Authority (SEMA), in charge of oversight and operational coordination in these areas, as well as that of non-governmental organizations. They provided assorted office and information and communication technology equipment.

The project’s overall objective was to create a conducive, safe environment that would allow for a gradual return to life in the two communities.

A sense of normalcy

By December 2021, which is when the project ended, the teams had cleared an area of 3.65 square kilometres in Galdogob and Dhabad. In total, 261 explosive items – rockets, small army ammunition, projectiles, hand grenades, anti-personnel mines, fuses and missiles – were destroyed.

“When one tries to convert this into impact, one must think that a single item has the potential of killing or injuring several people, for example, up to seven, if we look at a recent accident. Now, if we multiply these casualties by 261, which is the number of explosives they found, one can get an idea of the number of people these items could have affected,” says an UNMAS official in the Somali capital, Mogadishu.

“The people of these districts can now hope for a better future, for their children to return safely from school, their livestock to graze freely, their businesses to start up again and the once-bustling commerce between villages to be restored,” says the Regional Programme Manager of the European Delegation Delegation in Kenya, Steven De Vriendt. 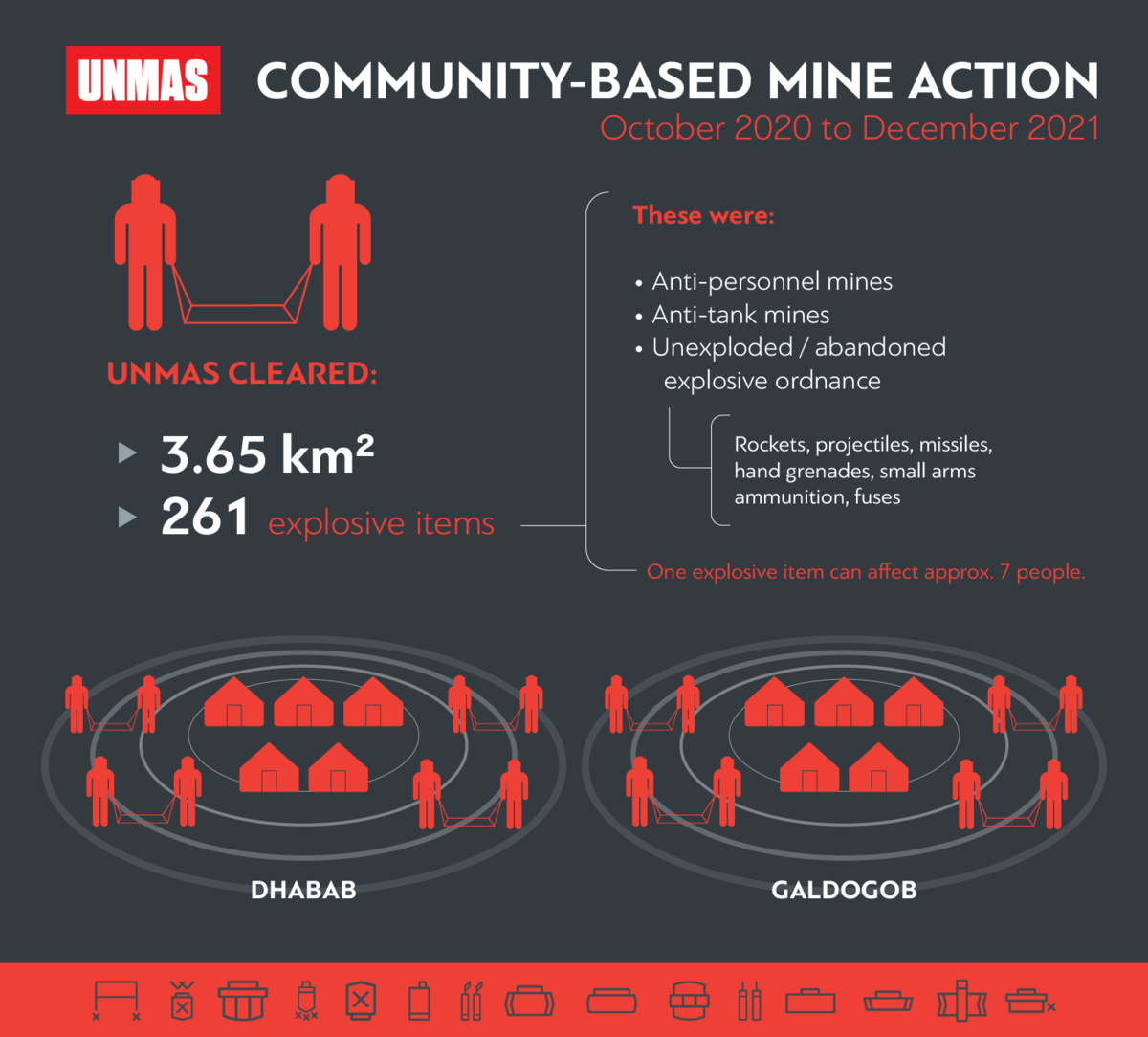 But explosive ordnance clearance is only one part of UNMAS’ work.

“When we talk about humanitarian mine action in general, what we are really talking about is five pillars, where demining is one of the activities that is done alongside the other four,” says the UNMAS official in Mogadishu.

UNMAS’ other areas of work include victim assistance, advocacy, stockpile destruction, and risk education. Focusing on this last one, the project reached out to more than 12,000 beneficiaries in Dhabad and Galdogob, most of whom were children. It promoted safe behaviours by teaching the affected population how to stay safe around explosives, and by making sure they understood the hazard. In addition, around 700 solar-powered Risk Education Talking Devices embedded with awareness messages were distributed in the two communities.

The project ran from October 2020 to December 2021. Many expect further support since there are still other contaminated sites in those districts. As the Mayor of the Galdogob district, Abdighafar Ibrahim Ahmed, puts it: “I hope one day people will be free to move anywhere, to farm and be able to dig holes for water. We wish we will be free from fear.” 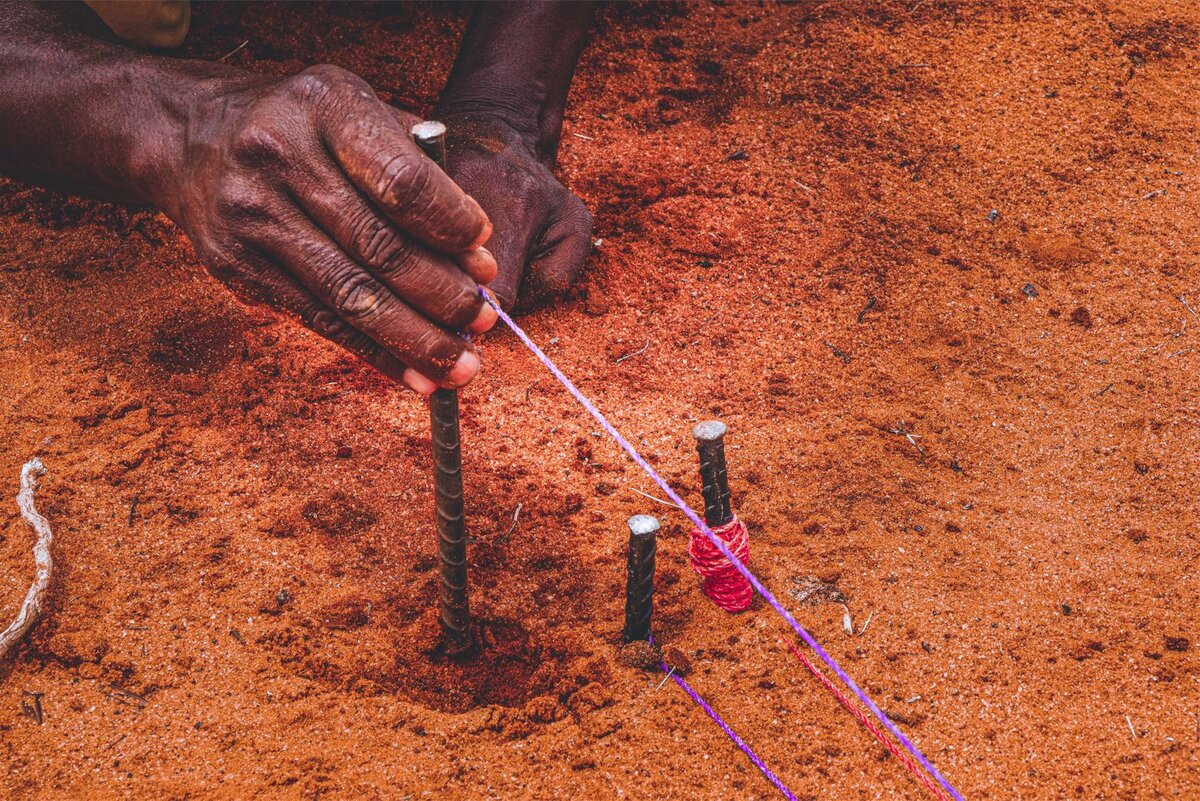 From 2016 to January 2022, with UNMAS support, the Somali Police Forces, AMISOM and non-governmental organizations have destroyed 20,377 explosive remnants of war and 856 improvised explosive devices.

Also, since 2016, more than 18,400 weapons have been marked and registered in the country, and 221 unsafe weapons destroyed. UNMAS also helps community-based teams carry out explosive ordnance clearance in key sites across Somalia, such as hospitals or sports venues. In 2019, UNMAS launched the ‘Safe Ground Campaign’ to raise awareness and resources for survivors of armed conflict through the promotion of sport, mine action awareness and the UN Sustainable Development Goals (SDGs).

Mandated by United Nations Security Council Resolutions 2540 and 2551, UNMAS is an integrated component of the UN Assistance Mission in Somalia (UNSOM), which provides strategic policy and technical advice to the Federal Government of Somalia and the Somalia Stability Fund. UNMAS is the lead agency under the Humanitarian Cluster System to coordinate humanitarian mine action activities in Somalia under the umbrella of the Global Protection Cluster, led by the Office of the UN High Commissioner for Refugees (UNHCR).