Eldeere, Somaliland: As one embarks on the last leg of a journey that takes you through Burao town and into a dirt road towards Eldeere village, 350 kilometers east of Hargeisa, the capital of Somaliland, the landscape becomes increasingly dry and dusty, and goats, sheep and camels, commonly sighted along the roadside, become few and far between.

According to locals, in the past three months, the village and its surroundings has witnessed a prolonged dry spell that has resulted in the drying of water pans and boreholes and decimation of pasture. They also note a gradual arrival of families from far-flung villages like Geelwar in search of assistance.

“We did not get rains as expected in the last season… the rains were insufficient, the wells and water pans started to dry quickly and pasture also. Signs of desperation are increasing, and new families are arriving,” says Harir Diriye, a member of the village committee.

A recent inter-agency drought assessment drought assessment reveals that affected families living in the eastern regions of Toghdeer, Sool and Sanag are grappling with severe water shortages and loss of the livestock that for decades has been the mainstay of local communities. 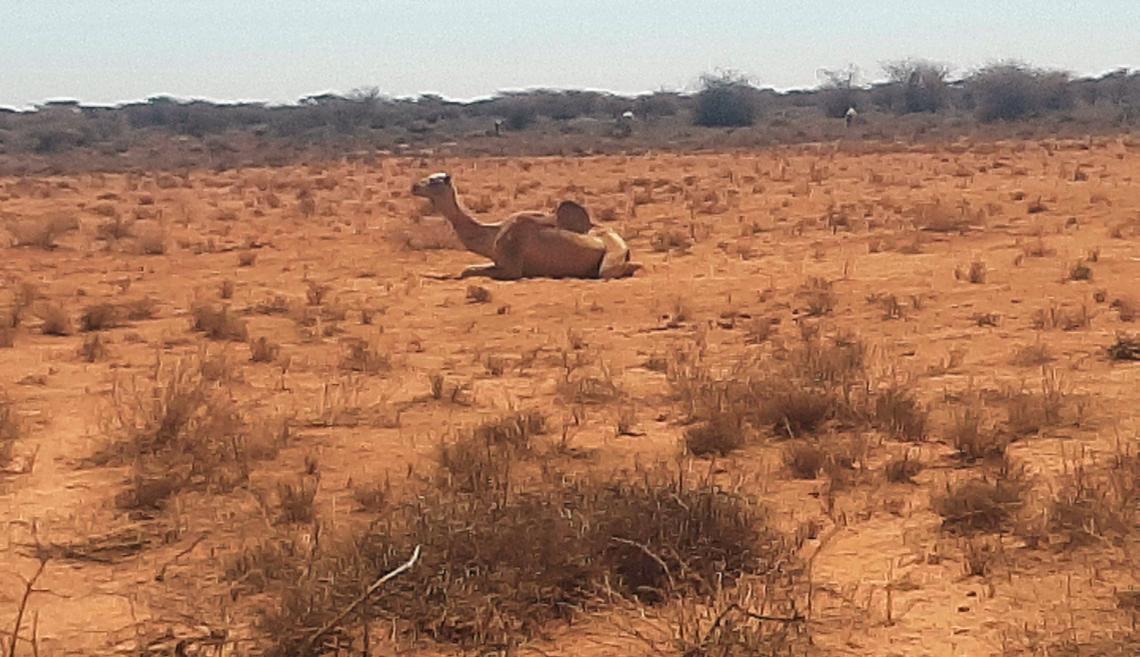 A weak camel outside Eldeere village.

The report further shows that rainfall levels in the past three years have been diminishing, resulting in these regions being among the driest in the Horn of Africa. Current conditions reminisce those of 2017 when a devastating drought in the region led to mass deaths of livestock and a huge exodus of people to townships where they stayed in makeshift camps in anticipation of assistance.

Hoodo Hussein is among the displaced. The 24-year-old mother of four arrived from Gelwar village about 80 kilometers from Eldeere, having travelled in mid-January accompanied by her children, mother and grandmother. She says they were forced to flee because of a lack of food and water.

“Our village is severely hit by the ongoing drought and our livestock were forced to roam farther to seek water and pasture. We lost 120 goats and remained with five female goats which I managed to bring on the truck we boarded. Now we don’t have regular support and we rely on the local people. We are lucky to get one meal a day,” she says. 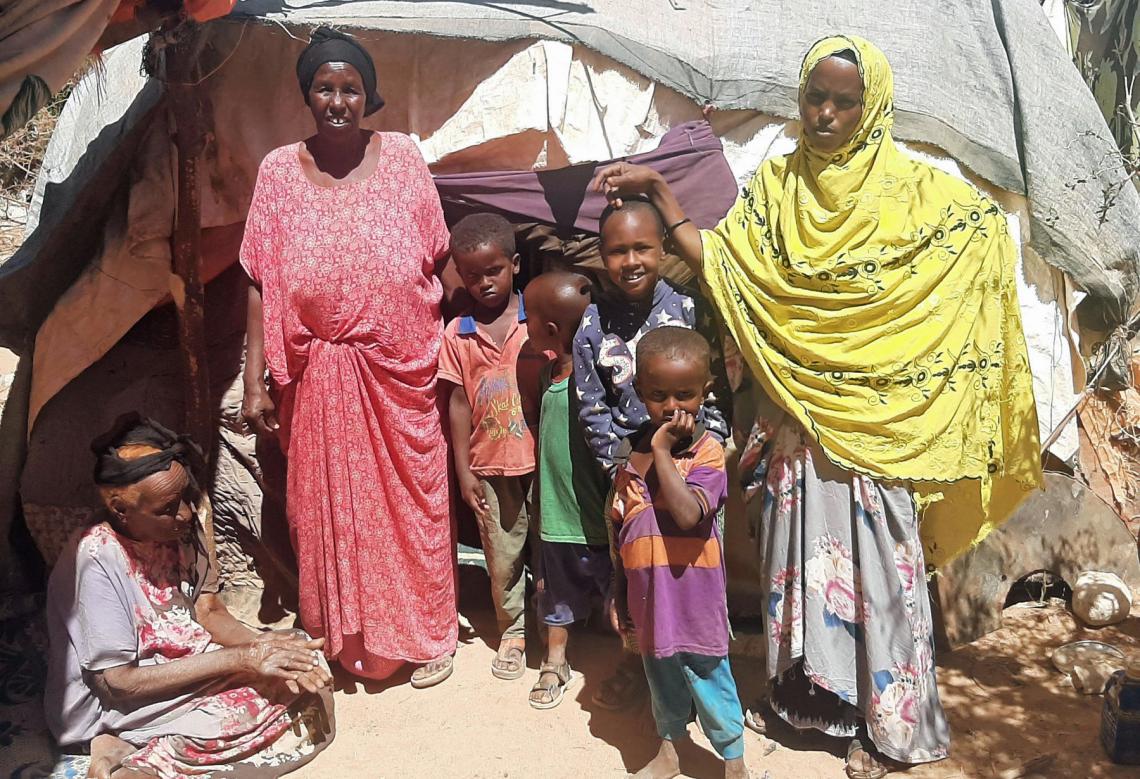 Hussein’s situation typifies the state of tens of thousands of families living in the vast arid regions of Togdheer, Sool and Sanag. Many are new arrivals, who have been forced to the brink by severe drought conditions that are devastating lives and livelihoods across the Horn of Africa.

Noor Saleeban from Gure village looks visibly exhausted and dejected after his efforts to get drinking water at a dry riverbed proved futile. The father of six stands motionless, gazing forlornly at the empty water jerry cans tied to the beasts of burden.

“I’ve walked for hours since dawn hoping to get water for my family. I am left with a few weak animals that can’t trek for long. I also wanted to bring water for them. I have been here four three hours; all the wells and pans are dry. There is only one where three families are trying to scoop the little water there is underneath,” he says. 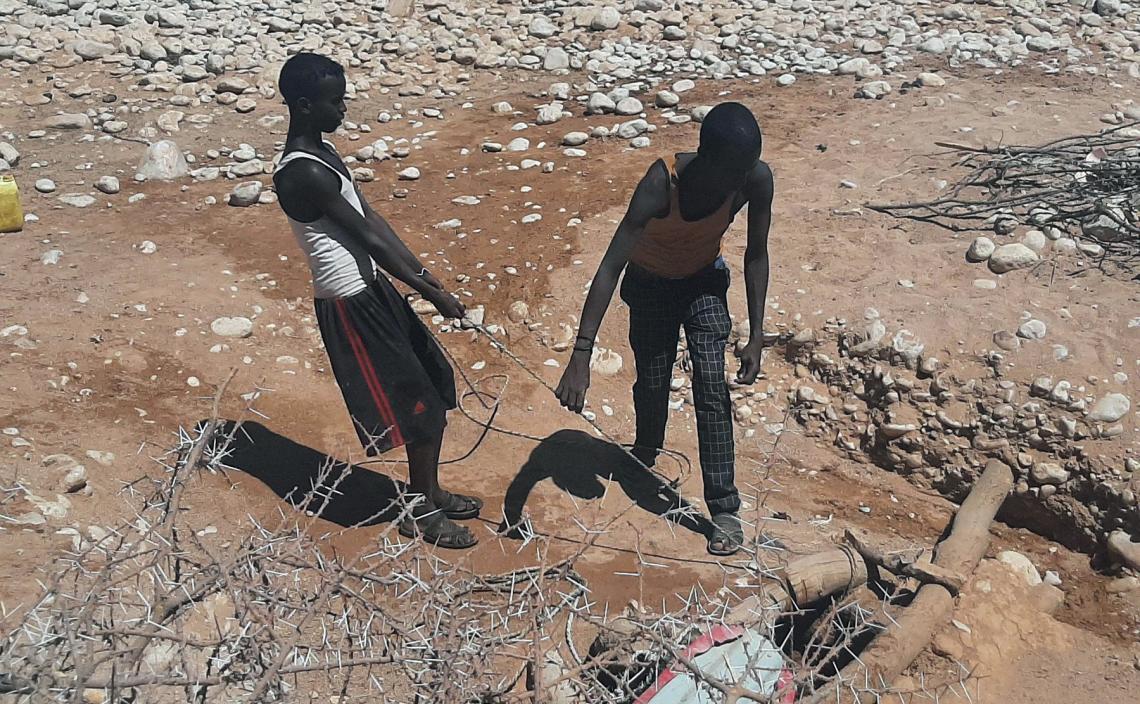 Hussein and Farah try to get a little bit of the remaining water from a deep well at Eldeere village.

Noor says livestock is their only source of livelihood, and the drought has seen its market value plummet.

Link to the original article.