Delegation led by the Special Representative of the UN Secretary General on a visit to Garowe.

Garowe – The holding of direct local elections was the focus of a visit today by representatives from some of Somalia’s main international partners to the country’s northern Federal Member State (FMS) of Puntland.

“We exchanged ideas and had a fruitful discussion on how best to advance Puntland’s ambition to organise direct local elections in the first half of 2023,” the United Nations Secretary-General’s Special Representative for Somalia, James Swan, said on behalf of the delegation in Garowe, the FMS’ capital.

The top UN official for Somalia made the remarks in a media encounter with Puntland’s President Said Abdullahi Deni.

Earlier, the two men and members of the visiting delegation and the FMS leader’s cabinet and advisory team had taken part in a roundtable discussion on direct elections with the participation of other stakeholders, including TPEC. 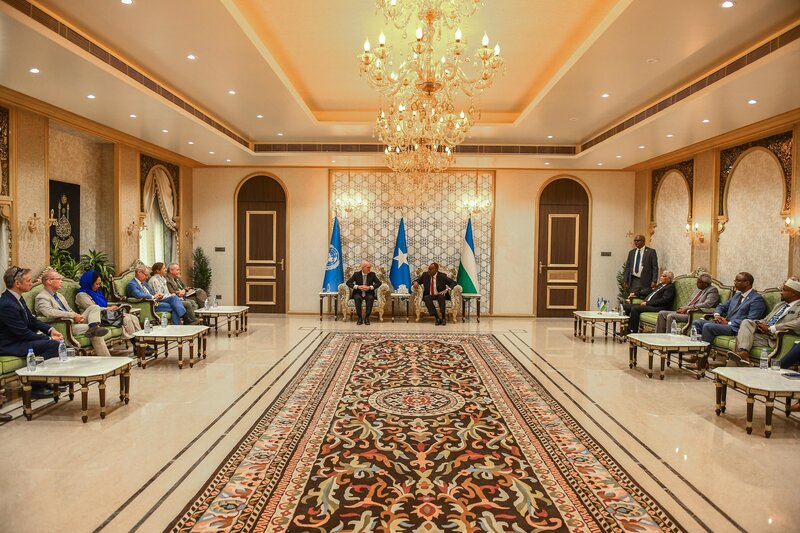 In his remarks, the UN Special Representative commended the government and people of Puntland for their continued commitment to deliver direct local elections, as enshrined in Puntland’s Constitution, and the importance of the inclusion of all members of society.

“We urge that the electoral process advance on the basis of broad consultation, as well as inclusion of women, youth, minorities, and people with disabilities,” Mr. Swan said. 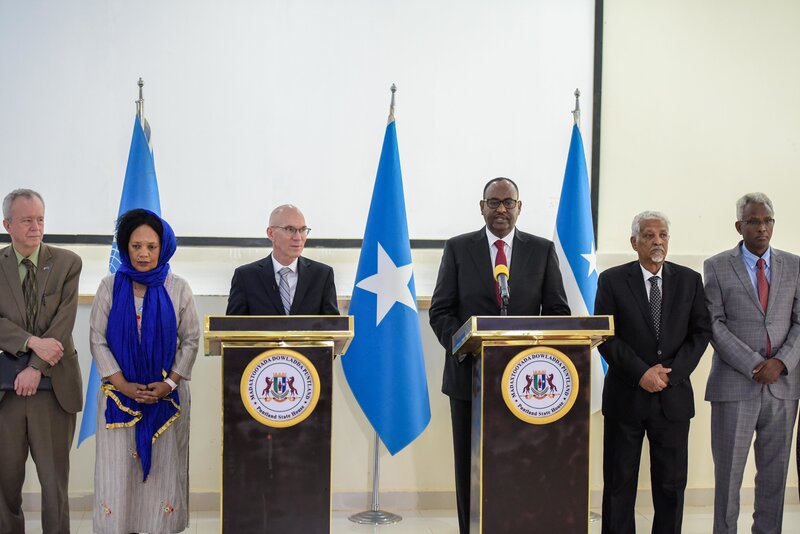 He also spoke of what such elections could mean for the rest of the country.

“We hope that Puntland’s efforts can also inspire the broader process of ‘one-person-one-vote’ elections across Somalia, at the federal and the member state levels,” said Mr. Swan.

With the elections in Puntland taking place in the context of a drought affecting much of Somalia, the UN official assured the people and leadership of Puntland of continued support from the international community.

“Somalia’s international partners will continue to advocate for the mobilization of more resources to respond to the drought, even as the electoral process in Puntland moves forward,” said Mr. Swan.

According to the UN Office for the Coordination of Humanitarian Affairs (OCHA), 7.8 million people have been affected by the drought with 6.7 million people expected to be acutely food-insecure from October to December 2022. Meanwhile, an estimated 6.4 million people lack access to safe water and sanitation, elevating the risk of cholera and measles, especially in camps for internally displaced people.

While in Garowe, the delegation of international partners also met with representatives of local civil society organisations. 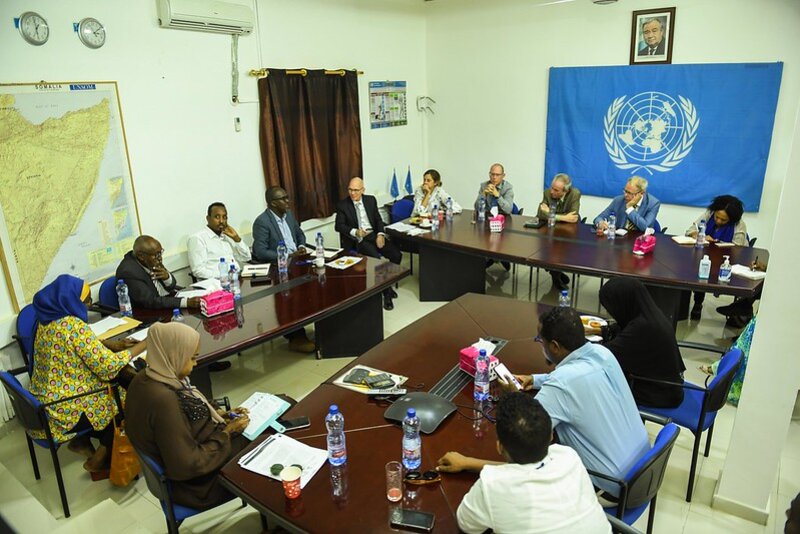